The weekend before, we three girls were at the Abergavenny Food Festival (whilst Daddy started his bike ride through the Pyrenees - see geoffrich.blogspot.com for more info). Such a lovely, lovely event with lovely, lovely friends.... 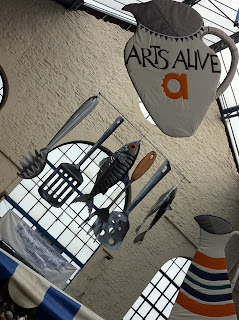 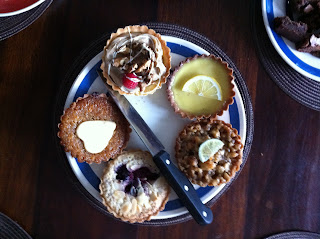 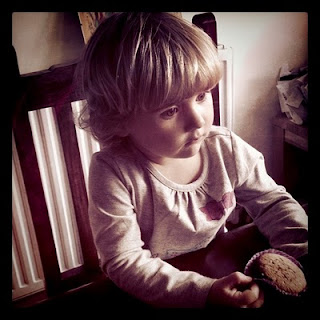 The second party - on her actual birthday - was with her two great-grandmas, and big sister and Grampy (the taxi driver!). Such a lucky girl to be able to eat cake with her two nannies! 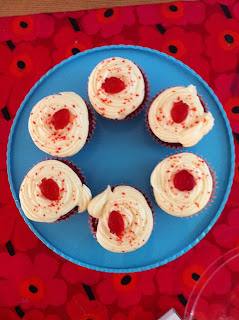 Not the best photo but the BEST red velvet cupcakes ever!
Each topped with a strawberry, of course!
The third birthday event was on Sunday with her two favourite boys & their families, grandparents, returned father and our soon-to-be new neighbours﻿. The sun definitely had his hat on and we were able to sit out on what was a truly fabulous Indian summers afternoon. I can't help thinking it might have been the last of it's kind for this year... I'm hoping not but ever the realist...
Given Isabel is unashamedly a strawberry fiend, it seemed only fitting to have a strawberry-themed party. Bunting in abundance, a trifle bowl full of the real things, a smaller bowl of strawberry shaped yoghurts (!?), strawberry coated cake pops, more strawberry topped cakes, all finished off with a handful of lavender filled strawbs for the mummies! Oh and some pink fizz too! 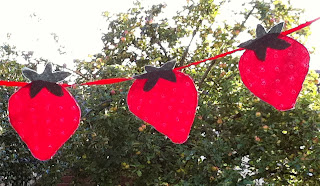 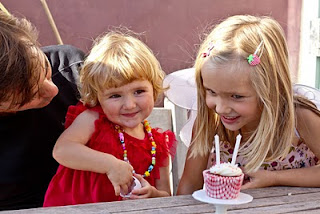 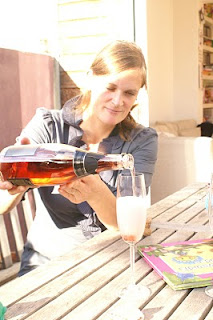 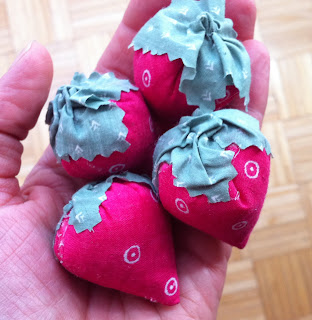 Good fun was had by all!
On the one hand it's hard to believe she's really two already. On the other, well, that first year was LONG, the second pretty speedy. She already thinks she's 5, like her big sister - she speeds along a scooter designed for three year olds, refuses to sit in her highchair, has to be coaxed into staying in her pushchair and bounces on the trampoline like a pro!
We're looking forward to some fun times ahead!!
Posted by Jo Rich at 14:27