Foraging on a September morning, what fun! 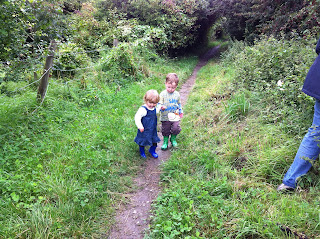 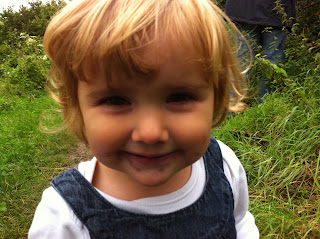 Guess what I've been eating!
The last day for Pick Your Own Raspberries was a wash-out, so instead we went on a blackberry hunt. Or rather Black-braw-bries as Isabel calls them - she's a strawberry fiend and clearly anything with berry in it's name should be linked to a strawberry!

Today's top tip: Don't take an almost two year old blackberry picking with a white t-shirt on! What was I thinking?!

It turned into quite a foraging-fest - blackberries along with some lush sloes plus elderberries, haws and rosehips. I have no idea what to do with the last three, but thankfully I know a girl who does!. The sloes are now in the freezer awaiting gin.

I picked some of our cooking apples (they're not really ready yet but I couldn't wait!) and added them to the blackberries and a mound of sugar to create Blackberry and Apple Rum. 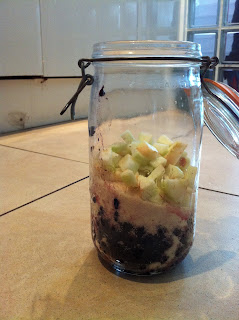 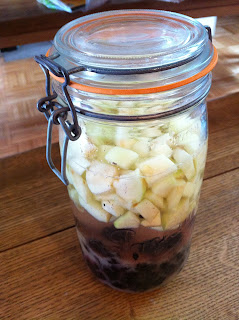 And since there were no raspberries for the Raspberry Vodka, we'll find out if Blackberry and Apple Vodka tastes as nice as it sounds.